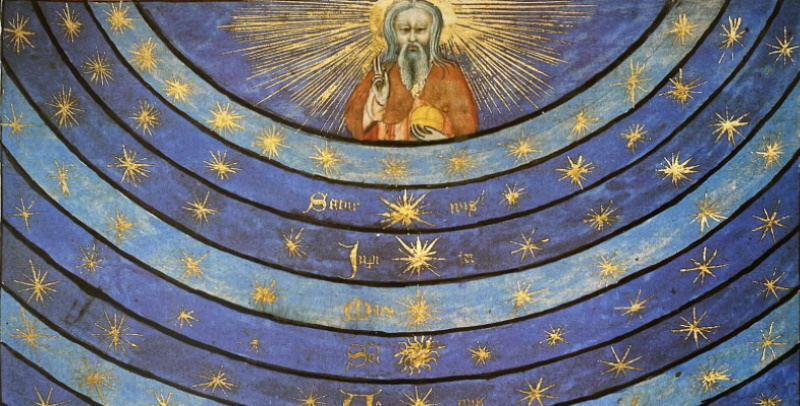 So, what’s going on in the skies lately? Why is the virus roaring this summer? How come the summer of 2020 was more quiet in terms of covid-activity in comparison with the summer of 2021? We know so much more than a year ago and look where we are? What do the planets have to say about all this?

Despite the new EU covid passport, PCR test centres, country unique measures for traveling, the EU colour map, awareness campaigns, daily updates through the news and millions of vaccinated people, we see one country after the other colouring orange and even red again. Portugal and Spain are groaning under new covid outbreaks. The Netherlands are falling back to previous restrictions after booming nightlife contaminations. In Belgium we have our own scandal of covid positive youngsters flying to and fro party camps in Spain. The Delta variant is on the rise. EU WHO Regional Director Hans Kluge is firm: “Do we want to pay a free summer with a winter lockdown?”

Why is this still happening this summer? Last summer, we could understand the virus cooled down a bit, though still not entirely. Some people remained worried. After all, there was no vaccine at that time. It was wait and see, trial and error, but the seasonal heat seemed to keep covid calm. A majority of retrograde planets as well (see my previous webinar in Dutch). But how can you explain what’s going on now? What do the celestial bodies have to say about this?

I remember a post by one of my Instagram astro sisters about Jupiter entering Pisces as a most favourable time. Jupiter is in Aquarius for most of 2021. On 14 May Jupiter entered Pisces until 29 July.

As Jupiter is Pisces old ruler, one would expect some good fortune. Hence, it would mean good news for a covid free summer. My first intuitive reaction was the opposite, though (I’m a splenic Projector, it was a gut reaction, there was nothing wrong with my astro sister’s post).

On 21 June, Jupiter turned retrograde. And it will remain so until 1 September, even though it will have started its Aquarius revisit from 29 July onwards till the end of the year. So, half of Jupiter’s time in Pisces this year is spent in retrograde, resulting in … restraints instead of possibilities. Let me explain this.

First, Jupiter’s power is turned inward in Pisces. Also, planets in the signs always display more than one way of execution. Jupiter in Pisces sure has a lot going for it and I’m the first to favour constructive and useful astro interpretations. But in the context of the current pandemia, it also means this.

In short, I feared a grand exodus (travel) of people who have behaved impeccably during the year, who are now taking back the reigns, deciding they ‘earned’ their summer holiday, claiming what’s ‘theirs’ with a lot less tolerance for the authorities (which I can totally understand) and unfortunately also for other human beings, than when entering this pandemia.

Taking the right in our own hands and being fed up with the rules is a result of the Saturn-Uranus square. This square is not active right now, but we are still in the midst of its after-effects. This square returns 3 times this year. We already had two (one in February and one in June) occurrences, with one last square to await us in December. More on this in my previous post.

The infinite freedom Jupiter enjoys in chaotic Pisces is something I worried about. We don’t need an unruly go-as-you-please mentality this summer. But at the same time we don’t need too many or stupid rules either. We need sensible and socially friendly rules in the right dose, in the right tone, with the right amount of humanity, compassion and fairness.

This links neatly with a theme set earlier in December 2020 by Saturn and Jupiter during the Great Conjunction. Maecanas Jupiter brings opportunities, chances and new ideas. Saturn works hard to structure and filter that myriad of ideas, organising it into tangible plans and schedules. Against an Aquarius backdrop (Saturn and Jupiter met in Aqua end of 2020) this liberation process always smells a little like revolution. However, if we implement livable rules, which are strictly monitored by EU instances, slowly but steadily we can create options for a new and safer future, instead of ping-ponging between lock down and opening up.

There is a constant need for abrupt adjustments with Uranus in the equation.

Saturn square Uranus, however, is accountable for continuously breaking all the patterns we are so eagerly and arduously trying to build. Every time we achieve a little more certainty, create an outlook or see a light at the end of the tunnel, Uranus messes things up. There is a constant need for abrupt adjustments, which is just so very frustrating and exhausting (why do you think you are tired?).

So in short, everything we try to shape in our lives at the moment is crossed by renegade Uranus who does not let us finish what we started and who only brings more unexpected change to the equation. The Mars square Uranus, end of June, beginning of July, only added oil to the fire (hence the riots), but is declining now.

Northern node in Gemini and Pluto in Capricorn

Ever since May 2020, the North Node (NN) is in Gemini (before it was 1,5 years in Cancer and we were stuck at home). NN in Gemini means a lot of talking, ample dialogue, constant decision making. This is the process to go forward. Unfortunately, it also means a superficial, nervous and reactive, spinning in the wind approach instead of a calm, steadfast, proactive and long term vision.

Whatever changes are made now, they can’t take definite shape yet. They are not sustainable. But we need the intellectual debate as a tool to generate intermediate stepping stones for our future structures. In the same vain, Gemini can change its mind and call off previous decisions to install new ones. This ‘back-and-to’ game will last until January 2022 when the NN will enter stable, grounded Taurus.

We need the intellectual debate as a tool to generate intermediate stepping stones for our future structures.

Mid 2022 Uranus, Mars and the NN will join at 18° Taurus, squaring Saturn in Aquarius at 22°. Stability as well as sound values and valid structures will be reinforced. The new approaches and structures will start to take shape from then onwards.

Let’s also not forget that Pluto is still in Capricorn until end of 2023. Old structures that are not working any more are torn down (like The Tower in the tarot). Only what has value can be taken and incorporated into the new foundations.

Covid as catalyst to make way for a new world

I’m beginning to believe astrologer Susan Miller when she says we will carry the afterpains of the virus with us at least until 2023, while Saturn is still wading through Aquarius. Not exactly sure at this point what Saturn in Pisces will bring from March 2023 onwards, though. But let’s not run too far ahead of schedule. After all, we live in the now. And this is where it is all happening.

I do like how newspaper headlines reflect these times and age in the current state of affairs, though. It has been mentioned more than once in the press and it was applauded by psychologist Paul Verhaeghe and economist Koen Schoors. They see a whole new society coming to life in which we will live and work radically different. “Our tax system needs to change entirely.” (HLN, 4 June 2021).

It was repeated by Belgian Minister-President Jan Jambon who claimed that “we should reinvent our country from a blanc page.” And that “it was the covid crisis that made this painfully obvious.” (HLN, 10 July 2021).

Clear signals of breaking down the bad systems to build a better one instead (Pluto in Capricorn). Something I have also highlighted in my webinar on Covid Times (in Dutch).

If you want to learn more about the history of covid, how it all started in Europe, what the heavens accounted for at that time and how we are navigating through this all, you can watch the first part of my webinar for free here or order it to fully watch it.

Painting: The world seen through the eyes of God: each planet serves the divine plan. Manuscript from the 15th Century.